Creativity Booster: How to Think Outside the Box 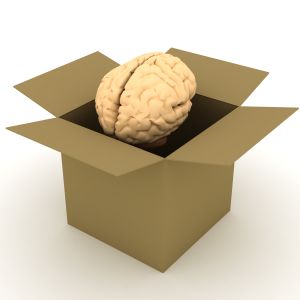 You know those truly GREAT ideas that step outside the box and reinvent the way we see things? Wouldn’t it be nice to have more of those on a regular basis?

We all admire those people who have the ability to always know where the cardboard flaps end and the limitless possibility of the universe begins; those people who somehow are able to see beyond the current perception of what is and say, “I know! Let’s do this and this and this instead. It will simplify the process, streamline it, and it will create a whole new ___!”
Part of you is in awe at how brilliantly simple and elegant the idea is, and the other part of you is squirming with envy, “That’s so obvious! Why didn’t I think of that?”
It’s actually not that hard to think outside the box – but the thing is, most people don’t do it because they simply don’t know how, or haven’t stopped long enough to figure out how. You can change the way you think with a simple shift in focus. 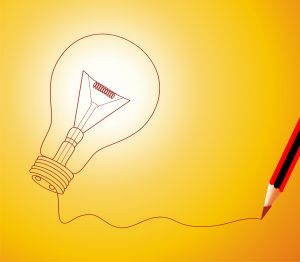 Here’s the key: People who frequently think outside the box have learned to look beyond what is assumed.
The greatest thing you can ever do is to stop and ask yourself:
"What am I assuming?"
You may be assuming that because something has always been done a certain way, it has to continue to be done that way. You may be assuming that certain things are “taboo” or will be misperceived by others. You may be assuming that because you don’t currently have the money or resources, you can’t find them. You may be assuming that you need those specific money or resources in the first place – maybe there’s another option.
You want to continually stop and ask yourself questions about the nature of the problem your are trying to solve, or the thing you are wanting to create. They need to be open-ended questions about the processes itself. “Is there a way to do this better that I haven’t thought of?”
‘What if…’ is another great way to start these kinds of questions. “What if we used this instead of that?” “What if I were required to do this on a budget half this size? How could I do it differently?” The wonderful thing about the human mind is that often times, simply asking ourselves the question is enough. But here’s where the magic comes in. 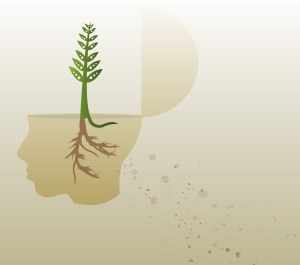 Once you’ve asked the question, get out a pencil and paper and write down every idea that comes to mind – EVEN IF you already know it won’t work. The reason for this is, you may be thinking it won’t work because of another assumption you are making! If you want to think outside the box, you have to be willing to assume temporarily that everything is subjective. Ultimately, you may crumple the paper and throw it away, but the process of giving your mind total reign will completely set your creative mind free. The idea that doesn’t work may actually lead to a similar one that does.
Don’t squash your mind before you’ve given it a chance to wander completely off the path. That’s where it might just stumble on a gold mine.
Write down ten, twenty, thirty ideas that you already know probably don’t work… THEN go through them and ask, “Why do I think that this wouldn’t this work? Why could it work? What am I assuming? Is there a way I could change the rules to make it work?”
You might just surprise yourself. Thinking outside the box is about looking beyond limitations and assumptions and being willing to consider all ideas and possibilities before assuming that they can’t be done.
Posted by Tien Frogget at 11:48 AM

Email ThisBlogThis!Share to TwitterShare to FacebookShare to Pinterest
Labels: boost creativity, come up with good ideas, creativity booster, how to, how to enhance creativity, think outside the box, thinking creatively, unique ideas

Killer article — and so right on!

I'm amazed at how many times I've done the 'brainstorming' out loud and some naysayer has tried to squash the process.

Regurgitating all the 'junk' always, always leads to bright ideas.

I love this - great article. 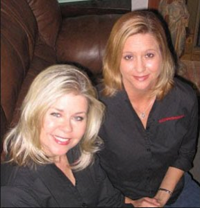